Think back to your middle school self.

Yes, I’m asking you to go there — back to the days
when you knew all the words to Smash Mouth’s “All Star” (heck, you probably still know em),
when your growth spurts caught you by surprise, showing off your gangly legs in your too-short pants,
when you would rush through dinner so you could chat on AIM.

I hope that jaunt down memory lane made you chuckle. I know I did.

Per my conversations with others, it seems I am one of the few people who can look back on my middle school years and think, ‘Yes, I wouldn’t mind sitting in one of those desks again, or swap sandwiches at lunchtime, or play softball in P.E.’

One of the reasons middle school was so wonderful is because of my classmates. I never knew a bully. In fact, as I’ve watched a few of my classmates grow up over the last 12 years, I can honestly say that many are role models, even in their twenties.

Nick is one of those people.

From my middle-school perception, Nick was never trying to win anyone over with new kicks or tricks or whatever middle school boys do.
He was authentically him: thoughtful, patient, intelligent and humorous.

One of my favorite Nick memories is of a song he wrote and performed for our 8th-grade Coffee House. I can still remember the chorus. If you asked me to sing it now, I could and I would. Take that, Smash Mouth. You might have performed all over the world, but Nick performed in front of a class or goofball 13-year-olds. Nick wins.

Last year, I reconnected with Nick through a mutual friend. Even though we hadn’t talked in years, I could tell that it was still the Nick I knew from middle school, a young-adult version of the smart, considerate kid who everyone called their friend.

Today, Nick is halfway around the world doing some pretty incredible things.

Last year, when he said he was still searching for what to do with his life, I had no doubt that his gifts would be used in big ways if he walked through the doors that would open before him.

I don’t think he could have predicted where the path would take him. Because he chose to take a huge leap (or a day-plus worth of plane travel), he is changing the lives of young leaders and helping a nation rise.

So thankful that Nick has chosen to share part of his story with us. Thank you, Nick, for being part of Strong Guy Move. 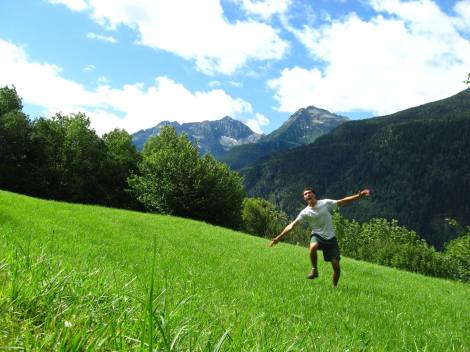 How does the word “movement” fit into your life? How does it relate to what you are currently doing?

When I hear the word movement it’s hard to pinpoint exactly what form it takes in my life. Certainly geographically.

South Africa, my current home, is very nearly on the opposite side of the globe as Oregon, my home state.

It applies to the travels I have done, and will do.

It is an all-encompassing lifestyle and mindset, a yearning to witness, to feel, and to experience the unfamiliar.

Although I don’t often compare myself to capitalism (actually I can safely say this is my first time comparing myself to capitalism), I know we both fear stagnation. Fortunately for me, personal stagnation has far fewer consequences than a national stall in economic activity (think USA circa 1929).

Personal stagnation simply means mental complacency; it means a halt to the excitingly erratic movement of the mind. This inactivity often arises when life becomes routine. I know this because I’ve felt myself slip into autopilot at times. When I wake up and perform a task because that’s what I’m supposed to do. We’re not meant to run as a program. Your mind deserves movement, and my movement, when I’m truly at my happiest, is found in new environments and when I’m exhausting my energy in thought.

How does “stillness” fit into your life? How does that word sit with you?

For someone who fears stagnation, you might think the word stillness would send me into a panic. Yet, stillness is vastly different from accepting the monotony of routine.

Stillness to me, much like movement, largely comes from the mind. I prefer to think of stillness as calmness, when you are at ease with yourself and the world around you.

With the amount of movement I strive for, it can certainly be difficult at times. When I find myself struggling to find that stillness, I know I have to forcibly remove myself from the distractions that life presents.

For this, I often turn to the wilderness, or at least outside. Only when I am surrounded with nature am I able to settle back into stillness.

I also know that with the amount of geographic movement I do, stillness comes the strong core of connections I have been so fortunate to build in my life. I draw on the support my loving family members and friends more often than I let on.

Without the stability and stillness that they bring to my life, I’m positive there would be a fairly hefty imbalance of movement taking place internally.

What is one goal you have this year?

One goal I have this year is a personal goal, wrapped up in an organizational role. Earlier this year, I helped Imagine Scholar, the organization I work for, earn our first competitive grant. As a small organization, we have struggled to gain traction with large funders because of their desire to see “impacts on larger scales.” When we heard we received the grant, it was a very gratifying. If we could secure another grant this year, I would feel immensely accomplished.

Currently, who/what do you draw inspiration from? When you wake up in the morning, what pops into your head and gets you saying, “Today is my day!”?

For me, inspiration doesn’t come from one source. It is gathered from those around me, in particular the students in Imagine Scholar.

For example, there are two girls in our program who have made considerable impressions upon me. As female teenagers in our community, they face a lot of challenges, challenges that I will never know or fully understand. Yet despite all of the difficulties, they have proven to be more resilient, thoughtful, determined, proud, gracious and humble than just about every other person (all ages, races, sexes, and nationalities included) I know.

It is in these moments that I have to step back in genuine astonishment of who they are now. Not in who they will become, but how incredible they are at this very moment in time. I know that they truly have the ability to make the sustainable, positive changes we hope to see in this community.

What is one thing you know to be true? What is your statement of faith that drives you to keep doing what you’re doing?

If know means believe, I know that if we aimed to live our lives with more sincerity, graciousness, and humility, we would all be in for a much better ride.

Sincerity, because there are enough façades on buildings; humans should appreciate our freedom, and ability, to act upon what excites us most.

Graciousness, because no matter how highly you think of your individual accomplishments (and celebrate them you should), you could not have achieved them without those who have come before you, and those who currently support you. Be appreciative for what you have in life; you can strive for greater things, but never think you have acted in isolation to reach your goals.

And for humility, I will turn to the words of an unlikely sage, Mr. Bill Bryson. In the endings to one of his books, he writes something along the lines of,

“Be humble. It is better if someone finds out that you’ve won the Nobel Peace Prize from someone else than if you wear it around you neck.”

I may be paraphrasing, but the sentiment is spot on. You don’t need to boast. And keep in mind that whoever you meet, no matter what the cover of their book lets on, might have achieved something they aren’t wearing around their neck, so be kind and treat them with respect.

What is something new that brings Joy to your life?

In my earlier years, as in a mere four years ago, I used to feel Joy, and all other emotions for that matter, were simply made by the individual. If you were feeling upset, it was only a matter of changing your perception of the situation at hand.

While I still believe this to an extent, I have made an important “discovery.” Much like Chris McCandless realizes, “happiness [is] only real when shared.”

Joy, more than any other emotion, is meant to be enjoyed in good company. For me that means settling down over a good, often overpriced, cup of coffee (if I happen to be in Portland), with someone or people whom you truly enjoy being around. 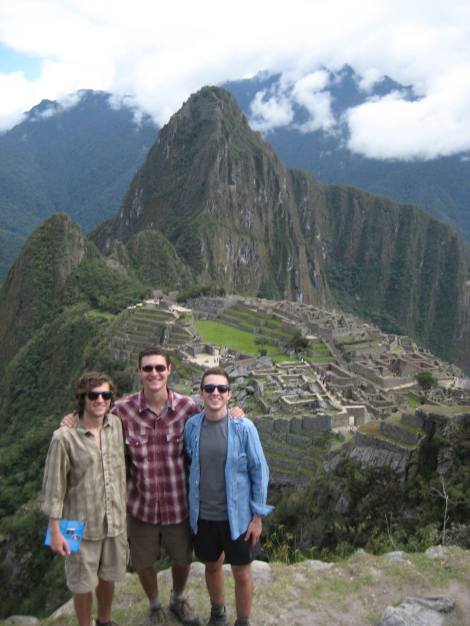