This man had no teeth. No teeth at all.

This man is someone you’ve probably never heard of before.
His name was Nathan Barlow.

Nathan Barlow was a doctor, and in the 1940s he moved his family to rural Ethiopia where for the next 60 years he dedicated his medical practice to serving people with a condition most don’t know about – a condition called Mossy Foot.

In this area of Ethiopia, people with Mossy Foot were considered untouchable.
The outcasts of society.
People in the medical community there didn’t even want to work with them.

When Nathan Barlow heard the story about these people, he was bothered.

Nathan Barlow was so bothered he decided to up and move from everything normal and comfortable to him in order to treat, serve, and live alongside these people in rural Ethiopia suffering from Mossy Foot.

At one point during his medical practice, Nathan Barlow got a toothache. It was so bad that he had to be flown outside Ethiopia in order to treat it.

But the whole time he was gone he kept thinking about the people in Ethiopia he’d left behind – all the people he could have been treating in the time he was away, due to his toothache.

When he finally saw the dentist, Nathan Barlow had made up his mind.

While his exact words aren’t recorded, he told the dentist something to the effect of ,“I realize there’s a problem with my tooth, and I wanted to ask you to just pull it out. In fact, while you’re at it, I want you to pull out all of my teeth.”

Why would this man, who only had a problem with one tooth, ask for all of them to be pulled?

Because Nathan Barlow said he never wanted another toothache to prevent him from serving those he cared about – people in rural Ethiopia suffering from Mossy Foot.

Nathan Barlow lived a life with no applause.

He chose to live in a poor community, and to work long days treating people who no one wanted to be with.

Nathan Barlow was willing to make himself uncomfortable in order to help others live a little more comfortably.

Nathan Barlow was a man who understood and felt was it means to make a sacrifice. 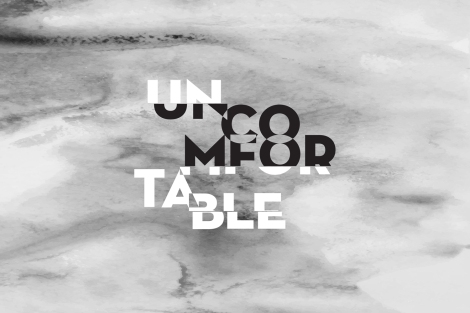 Sacrifice is a word I’ve been thinking about a lot recently.
And it’s a word I want to make sure I get right.

By definition, sacrifice is the act of giving up something valued for the sake of something else regarded as more important.

“Sacrifice,” as I’ve always thought of it – giving things away that you could have kept for yourself.

But, is everything we give a sacrifice?

I was having coffee a few months ago with an honorary mama in my life – a woman who has generously supported students I’ve worked with in East Africa, as well as resettled refugee families I know in the Portland area.

Thinking about what she and her family give, I’m humbled.
She use that money on herself, her family, her friends… but she has chosen differently.

I said to her, “Thank you so much for the sacrifices you’ve made to support my friends.”

She shook her head.

“Taylor,” she said. “To be honest, those gifts haven’t really been sacrifices for us.”

My reality is that I was born in a place that was relatively safe, where there were resources and opportunities all around me. Even during the hardest seasons of my life, I never questioned whether or not my physical needs would be met.

So when I invite a friend over for dinner and offer them a meal, and someone in the Gihembe Refugee Camp does the same, the cost of the meal is quite different for each of the givers.

One of my friends who grew up in Gihembe told me a story that illustrates this difference.

When he was a child growing up in the refugee camp, he thought his parents didn’t eat.

It wasn’t until one of his younger siblings was born and he was tasked with the responsibility of making the daily meal that he realized just how little food their family had – and how it wasn’t that his parents didn’t need to eat, but that they had chosen not to so that their children could. His parents sat in the discomfort of their own hunger so that their children could feel a little more comfortable.

As my friend dished up the portions of the meal that night, he chose not to eat, as well, so that his younger siblings could have just a little bit more.

My most recent trip to Rwanda was last October, and while I was there I had the chance to meet with a dear friend of mine and her older siblings.

My friend and her siblings were orphaned in the 1994 Rwandan Genocide.

When they were first placed in an orphanage, they made a pact to stick together.

A few years later, sensing an opportunity to make some money, the oldest brother decided to leave the orphanage to go after work, and hopefully find a place to live. Eventually, his plan was to get the rest of his siblings out of the orphanage, too.

Slowly by slowly, the siblings did leave, including the youngest sister, my friend.
The siblings have lived together ever since.

My friend’s older siblings are all great people. They could have pursued relationships, gotten married, and started families of their own. In fact, in their culture, it’s uncommon to be their age and not be married or starting a family.

Yet, my friend’s siblings haven’t chosen the common story.

They’ve sacrificed that chapter of their lives right now to give the youngest siblings the stability of family they believe is more important.

My friend’s siblings have also worked really hard – hard enough that they could have put themselves through higher education – but they haven’t. They’ve sacrificed their education so that their younger sister could.

My friend’s older siblings have given up the few valuable things they have control over for the sake of someone they are choosing to say is more important than themselves: their sister.

Every time I’m going to give a speech, or have an important conversation, I always wear this one bracelet – a simple leather band that says, “giraffe.” Some might think it’s a trinket I got from the zoo, or on an safari, but it’s not.

It’s a gift from a friend who lives in a refugee camp.

He’s a leader in his household. They’re a family of orphans.

Knowing what little they have, and what my friend gave up in order to buy this bracelet, it humbles me.

When you arrive to this world, you enter into a story that has already started, with characters and circumstances in place that you don’t get to choose.

The question is, “What are you doing with what you’ve been given?”

Do you know what you have?

Do you let yourself experience uncomfortable things for the sake of gaining empathy?

These are all questions I’ve been wrestling with lately,
because I’ve seen things I can’t unsee,
and these things have made me uncomfortable.

But instead of trying to run away from that discomfort,
I’m letting myself feel it – letting it compel me to act,
for I’d rather get uncomfortable in reality than live a comfortable life in my personal bubble.

I wish you a dirt-road journey, one where your shoes aren’t so cushioned that you can’t feel the rocks under your feet, and realize that so many people in this world don’t have shoes on their feet, and that you could have been one of them.

I don’t wish you an easy life.

I wish you opportunities to trade convenience for inconvenience – for most of the world runs at a much slower pace than we do, and can’t we all afford the time to make someone who feels unseen, seen?

I don’t desire you to feel guilt.

I desire you to feel compassion. To count your blessings and then cash them out. To not hold on so tightly to your resources, but to feel so excited about them that you can’t help but go out and share them with others.

I don’t hope you go hungry,
but I do hope that sometimes you let your neighbor’s growling stomach be louder than your own, and that sometimes, you choose to feed them, even if it means missing a meal yourself.

I pray you let your heart get broken, and that from that brokenness, you make it your mission to go hold the heart of another, even if it’s just one — for that one is worth it.

I hope that we don’t always sit down and make ourselves comfortable.

I pray we have the courage to let ourselves get uncomfortable, too.

One response to “Make Yourself Uncomfortable” 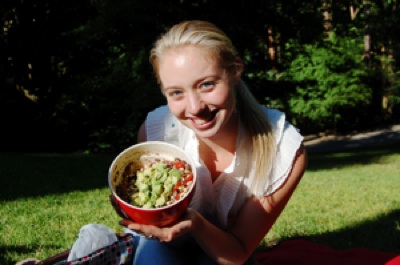